What may very well distinguish the 2016 Presidential race from others in many decades is the media sensationalism the Republican candidate Donald Trump has received. Many people, especially people of color, have been angered or distressed by Trump’s openly racist speeches at campaign rallies and comments made to the news media. African Americans, Mexicans and other non-white people, along with Muslims and immigrants, have been the targets of Donald Trump’s vile depictions and slanders disguised as “speaking truth” or “freedom of speech.”

As a real estate giant, Trump is clear where his social class interests lay. He is a member of the capitalist class. In the numerous hotels and condominiums he owns, many of the employees are Black, Latino and women. It is precisely these wage workers who are the ones to have created the $4.5 Billion net worth Trump has accumulated through decades of exploitation.

The way the media has featured Trump’s arrogant hate speech, one might easily believe that Donald Trump is the only racist among all of the 2016 presidential candidates, both Republicans and Democrats. If we were to take into consideration the overall picture of U.S. history and the role played by white privilege and entitlement today, we can then come to the conclusion of how there is so much more hidden behind Trump’s theatrical style campaign.

In a society founded on racist hatred and genocide centuries ago, where white supremacy came to define many habits, customs and traditions in which it operates in the general culture like an unofficial religion, can we honestly say that Trump’s remarks are the exception?

Whichever candidate wins the presidential election, the reins of political and economic power will continue to be in the hands of the various groupings of multi-billionaires. It is precisely the views and interests of these billionaires that decide the thinking and actions of these politicians.

Capitalist democracy is designed to hide the iron-clad dictatorship of these billionaires. Bourgeois politics consists precisely in fronting professional politicians—more or less reactionary, more or less populist—to convince the working class first of all that they have a choice in their oppression, and second that the outcome of the political cycle reflects “the people’s will.”

What a big lie.

No matter what happens on Election Day 2016 our oppressors will continue to rule. The police will continue to murder poor, working class youths, especially people of color; the prison system will continue to enslave Blacks and Latinos in prison industries; public officials (“elected”) will continue to pass legislation that allow the closing of hospitals, schools, daycare centers while granting landlords greater powers to increase the push to gentrify our communities.

Manipulating public concerns by projecting worst case scenario is one of the oldest psychological tactics the ruling class has learned to master. They have dominated this society with the politics of deception, especially when they present to us the “good cop-bad cop” scenario. Highlighting constantly the latest racist and misogynist comments made by Donald Trump serves this purpose.

Take for example the strategy government and transportation officials use whenever they wish to raise bus and subway fares, as well as bridge and tunnel tolls. They will announce outrageous and unaffordable fare hikes in order to scare the public into accepting a lesser increase amount.

Shamefully, many progressives, including some on the “socialist” political Left, have allowed themselves to be drawn into the widespread Trump panic. These are people who should be quite familiar with the purpose and nature of the bourgeois elections.

These political forces fail to realize how the rulers use extremist figures like Donald Trump as a ploy to divert attention away from the actual political strategy of the ruling class. Some have even characterized Trump as some sort of a representative of a new U.S. fascism, as if the other candidates were not subordinated to the wishes of the most exploitative and racist sectors of the ruling class. 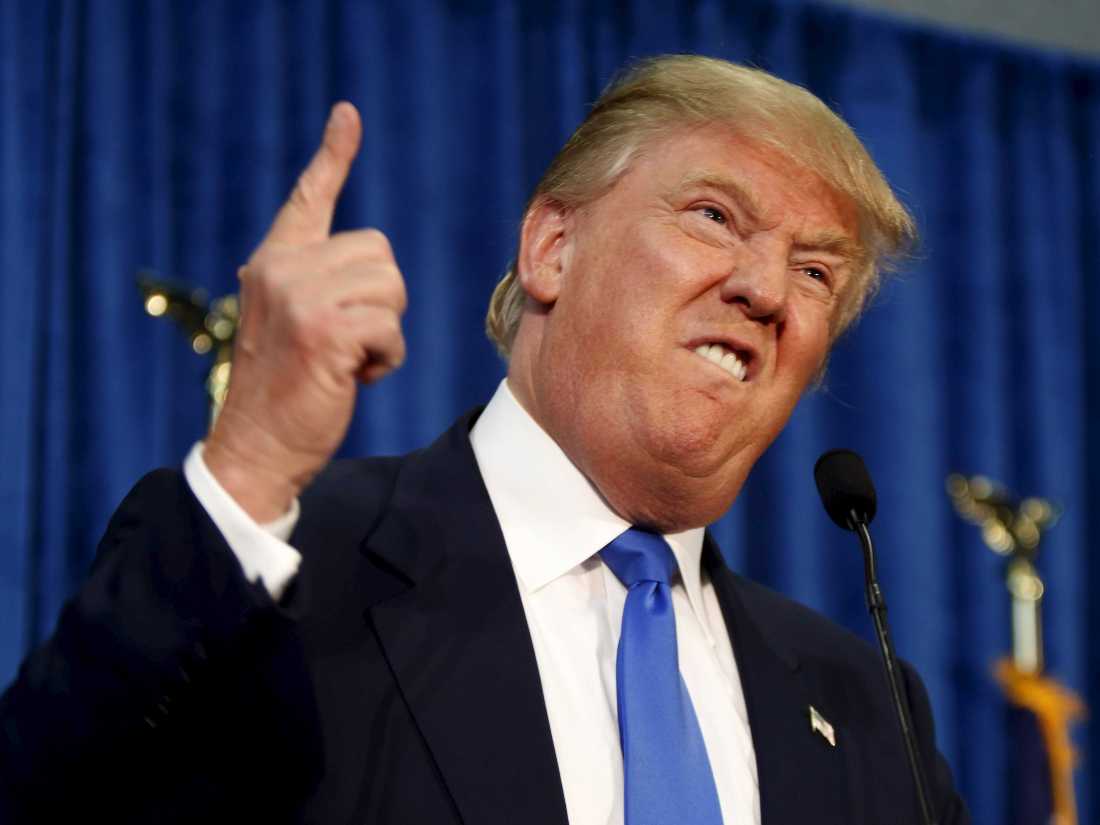 Of course, those who disrupt Trump’s campaign appearances to denounce his racist bigotry deserve our applause. So do the young Black Lives Matter activists who have disrupted “socialist” Democratic candidate Bernie Sanders’ events.

But “dump Trump” protests that focus on this one politician as “worse than” the others , however well-intentioned, fall into the pitfall of bourgeois electoralism. Absent a militant and class-conscious struggle, the political orientation of these protests leads directly toward the deception of bourgeois elections. New York City Council Speaker Melissa Mark-Viverito is quite conscious of the political trajectory, which is why she organized her own City Hall protest against the “disgusting, racist demagogue”—as she presides over a city plagued by racist police violence and abuses by billionaire landlords.

What is downplayed and kept away from the general public is the intricate mandate handed to whoever wins the presidential election. Whether it be Hillary Clinton, Bernie Sanders, Jeff Bush, Carly Fiorina, Ben Carson, Ted Cruz, Mark Rubio or Donald Trump, the winner in 2016 will be obligated to follow a strict set of protocols which are written into Federal Law and set-up to protect the capitalist system.

The Donald Trump campaign does not reveal anything new about the U.S. ruling class. It is not a turn toward fascism, where the ruling class mobilizes other class forces to do battle with the working class in the streets. Rather, the Trump campaign shows the inherent racism of the whole ruling class and the bankruptcy of bourgeois “democracy.”

The bottom line is this: the main objective of the bourgeois elections and capitalist politicians, from Trump to Sanders, is to provide oppressed and exploited people with the illusion of “democracy” in order to better exploit us. Fundamental change can only come about with the force of a people’s movement engaged in revolutionary struggle.

I am a Young Lord for life who continues to fight for socialism. View all posts by machetero5

This site uses Akismet to reduce spam. Learn how your comment data is processed.