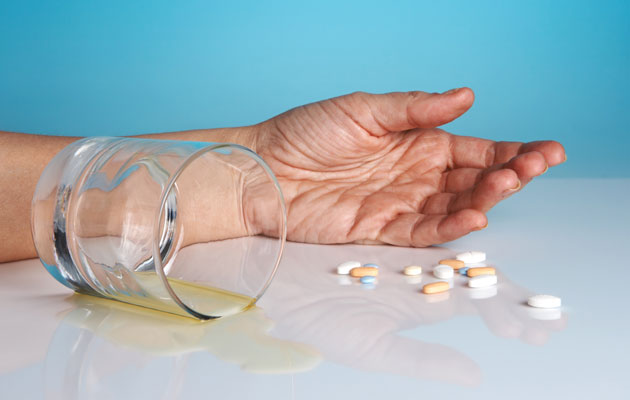 Public disapproval for the wars in Iraq and Afghanistan has brought to light a growing problem with suicides committed by U.S. military personnel. Many of these men and women come from the working-class and oppressed nationalities, whose social plight is compounded by the abuses they endure from Pentagon military policy and the top brass.

But news reports rarely mention the growing crisis of suicides among the general U.S. population. According to a 2008 report from the Johns Hopkins Bloomberg School of Public Health, U.S. suicides are on the rise for the first time in a decade. A report by the American Association of Suicidology shows that suicides figures for 2005 outnumbered homicides by almost two to one, ranking suicides as the 11th cause of death in the United States.

The suicide of a loved one touches the deepest emotions of families and friends. The physical destruction of one’s own life, dismissing forever the least sense of hope, may seem like the most inconceivable of all human acts.

More often than not, suicide is reduced to an individual choice, a personal tragedy, removed from any social context. But the growing suicide epidemic has its obvious connections to the economic reality. It is not coincidental that the last significant jump in the rate of suicides in all U.S. history was during the Great Depression of the 1930s.

Rising suicides are not just a domestic phenomenon. In the last half century, suicides worldwide have increased by 60 percent. Imperialist penetration in subjugated countries, with all of its ugliest features, has had a devastating impact on millions of people around the world.

Studies have shown that most suicides do not spring from a desire to die, but a desire to escape overwhelming and irresolvable situations. African chattel slaves chose to take their own lives rather than continue experiencing the horrors inflicted upon them by the white overseers and masters. Similarly, today’s impoverished workers, losing their jobs and made homeless in growing numbers, may find no other way to cope with despair.

The JHBSPH report found that suicides have increased in the United States for the first time in 10 years. One of the main contributors to the increased statistic is a decline in the standard of living for white men and women between the ages of 40 and 64. The capitalist economic crisis has disrupted the more privileged social position the white population has enjoyed historically.

The capitalist class has placed the burden of the economic crisis on the backs of the working class. Two million more unemployed within the last year, growing home foreclosures, families left without health coverage, a 25 percent rise in incidents of police brutality since 2001 and civil liberties blatantly diminished—no wonder there is widespread distress.

The national suicide rate is 10.9 per 100,000 people. More than 90 percent of people who die from suicide live highly stressful lives attributed to financial situations. Among other causes stemming from economic-related deterioration of social life are family violence, divorce, and drug and alcohol abuse.

The economic deterioration has only intensified the plight of children. Millions of children in this country live parentless, with a 50 percent school drop-out rate, and an increasing number are incarcerated. Capitalism cannot guarantee working-class children a decent, well-paying job in their future, let alone a decent education, leaving many with a sense of uncertainty.

In a 2006 report by the Centers for Disease Control and Prevention (CDC), nearly one of every 12 adolescents in high school attempted suicide, and 17 percent considered making an attempt.

For older or retired workers, ages 65 and up, suicide rates are also high. A 2004 report by the National Strategy for Suicide Prevention revealed that the rate of suicide for people 65 years of age and older is 14.3 per 100,000.

Working-class seniors are often neglected. The capitalist system takes little interest in workers past the prime age for profitable exploitation. If they can stay in their jobs long enough to retire, they face many difficulties, including the threat of losing their retirement plans, medical insurance and other services.

With modern technological and scientific advancements, the means exist for a scientific approach to address these problems. In a society that has such an enormous amount of resources and wealth, there is no reason for people to be in need. The resources to eradicate misery and want exist, but capitalism perpetuates social and economic inequalities—the material conditions responsible for pushing the most vulnerable to the far depths of hopelessness.

Under capitalism, socially created wealth is pilfered by the rich. While government officials hand over the public treasury to the wealthy, the working poor must confront the consequences of this injustice. Hospitals are closed and health care is denied to working people. Psychiatric and psychological care is part of the comprehensive medical care which should be a right. The vast majority of people are left to suffer in various ways.

Capitalism is to blame for the suffering wrought upon working people day in and day out—the epidemic of suicides being one of its more extreme manifestations. Any system that compels so many to such drastic ends must be indicted, prosecuted, condemned and done away with. Only in a world without class exploitation can human beings progress in surroundings of solidarity and cooperation. Only then will human life be accorded the appreciation and respect it deserves and will all human beings live with dignity.